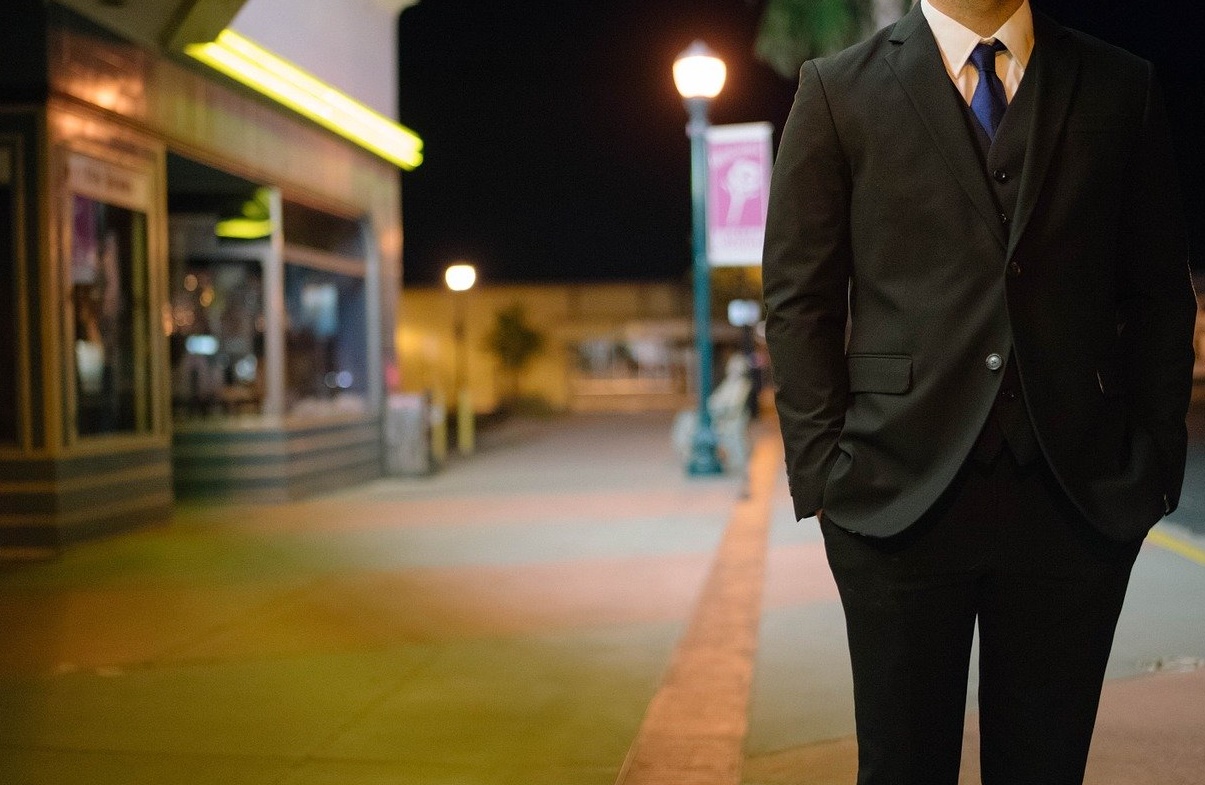 This story is inspired by the life of a boy who never considered any work to be small or big. At a young age, his life is so inspiring that whoever meets him gets inspired. I personally inspired by his life so thought to share his journey with all of you.

It was already past 4 in the morning, the sound of alarm woke him up. Although he used to wake up every morning before the alarm, but today he was late due to not feeling well. He got up, get ready and set out with his bicycle. He was not going for morning walk or cycling, but he was going to supply milk packets to his customers.

Nitin along with supplying milk packets to his customer also working as an accountant in a one of the reputed company but he had worked hard to reach this point and did not consider any work to be small or big.

“No work is small or big, it is YOU who can make it as BIG as you want”

He was born in lower middle class family in Delhi in the year 1988. His father was a sales man in a private company and his mother was a housewife. He was second child among three children. He had an elder sister and a younger brother. They lived in a rented house.

According to his income, his father had given good education and upbringing to his three children. As they promoted to higher standard, the cost of teaching them also increased. He was good in studies; he used to come first till eighth Std. But due to poor financial condition of the family, he got him admitted to government school in ninth Std. Due to the stress of the family’s financial condition and the low level of education in school, he weakened in education. He always wondered how to support his family. To support his family, he started selling women’s artificial jewelry in the weekly market in evening along with his studies.

He did this work for 6-8 months. In the year 2004, he got cleared the Class X examination. But to support his family, he thought to go for further studies by distance learning so that he could support his father by doing some work along with his studies. His elder sister also started teaching in a school in the morning and giving tuition in the evening to support the family. In the year 2005, he got a job of sales man at a shop for Rs. 1500 P.M.  That amount meant a lot to him. In the same year his sister got married.

Along with a job for 2 years, he studied and cleared the 12th class examination by ​​Distance Learning in the year 2006. After passing, he started looking for a new job, but it was not so easy to get a good job. He gave lot of interviews, visited many companies but the situation was the same. In the year 2007, he left sales man job and started teaching to students and along with that he joined a computer course. After teaching students for one year again in year 2008 he joined job in marketing.

Before going for a job in the morning, he used to go to the institute where he did a computer course. He used to teach there for free so that he would continue to practice himself and not forget what he had learned. His mother also joined job at nearby factory to fulfill expenses.

After a year in marketing, he joined the same institute as a faculty in the year 2009 where he did a computer course. He also completed his graduation in the same year and was enjoying this job there, but the cost of livelihood was increasing day by day. He always thought of doing something productive in his spare time. In July 2009, someone told him that a boy is needed to supply milk in the morning. He did not think much and confirmed to that work. He used to get Rs 1,000 per month for that work.

“Work Harder than you think you did yesterday”

For that Rs 1,000 per month job, he used to get up early morning at 4 am. After supplying the milk packets to customers, he used to come home by 8 O’ clock then set out for the institute. He used to return from institute in the evening by 8 p.m., it was now his daily routine. In February 2010, he started his own milk supply and left milk supply job.

Now he had regular customers those who used to take milk from him. In August 2010, like any other day he went to supply milk to one of his customer, who randomly asked him “what work do you do besides supplying milk?” He replied “I teach computers in an institute.” again asked “Do you know how to operate accounting software Tally?” He replied in affirmation. Then he invited him to meet his office the next day.

This was the time when his hard work paid off. The next day when he reached his office, he came to know, that person is CA and he asked Nitin to join his office for the post of accountant. He said that he would discuss with family members and went away. He came back to home and discussed with parents, then everyone asked him to join this job.

From the very next month, he left the job of computer teaching and joined this job. But he did not stop supplying milk packets early in the morning. While working in CA office, he got deep knowledge of accounting. Sometimes he would work up to 10 p.m.–11 p.m. at night but he did not give up his daily routine. He even did not keep the Sunday for himself. Waking up at 4 in the morning and distributing milk packets had become an integral part of his life.

Despite having a bike, he used to go to supply milk on a bicycle as it kept him healthy. He never felt shy while doing this work. Similarly, time passed and more areas were added for the supply of milk. Along with that he started part time accounting job in the evening. Supply of milk in the morning, then job at CA office and then part time job in evening became a part of his life.

His day used to start at 4 a.m. in the morning and would end when he reached home at 10-11 p.m. in the night. Time passed like this and he kept working. He got more areas of milk supply and he also took his younger brother along in this business. In 2014, he got a contractual job of accountant in a government company with the reference of his boss. Now he used to go to his new job after supplying milk in the morning then to the office of his ex- boss as part time job in the evening and then visits at his clients.

He never gave up nor ever complained. He continued to work diligently and as a result he bought his dream home in the year 2014 with his hard earned money. But his family did not want to move to new house as it had been many years since they lived at that place so he rented out the new home.

“I never DREAMED about SUCCESS. I worked for it.”

In the year 2015, he went on a Vaishno Devi Yatra with his friends, there he found the queen of his dreams named Rupali. She was a resident of Mathura and was 2 steps ahead of him in everything. She was graduated and also diploma holder in Banking, Finance and Insurance. But he liked her nature. She also started liking him. On returning home, he told his parents about her and they easily said yes. Now there was a problem if her parents had to be accepted him as she was much qualified than him, her financial status was better than him and the main thing was that she was taller than him.

In our Indian society, it was seen as a reproach if girl is taller than a boy. But he did not care about all these things. She also remained strong in his support. Eventually, his parents had to succumb to their stubbornness and affirm their relationship. But she hid from her parents that he used to supply milk in morning as she was belonged to a well-to-do family and did not want any problem in their relationship due to this work.

“Not everyone deserves to know THE REAL YOU. Let them criticize who they think you are.”

Both of them did not think of this work as small but society considered it. She was an educated girl and supported him at every step. In April 2016, both of them got married and started living happily. She too joined the job after marriage and became his helping hand. His father was not feeling well now, so he asked him to leave the job. Both worked hard and in the year 2019 they bought their second home and in year 2019 he surprised his family by buying a brand new car.

All this was like a dream for his family, because the family who had never sat on a vehicle other than a bike, today they were riding in a car due to his hard work.

Now they all are living happily in their home but he still has not given up his hard work, perhaps his dream is still not fulfilled.