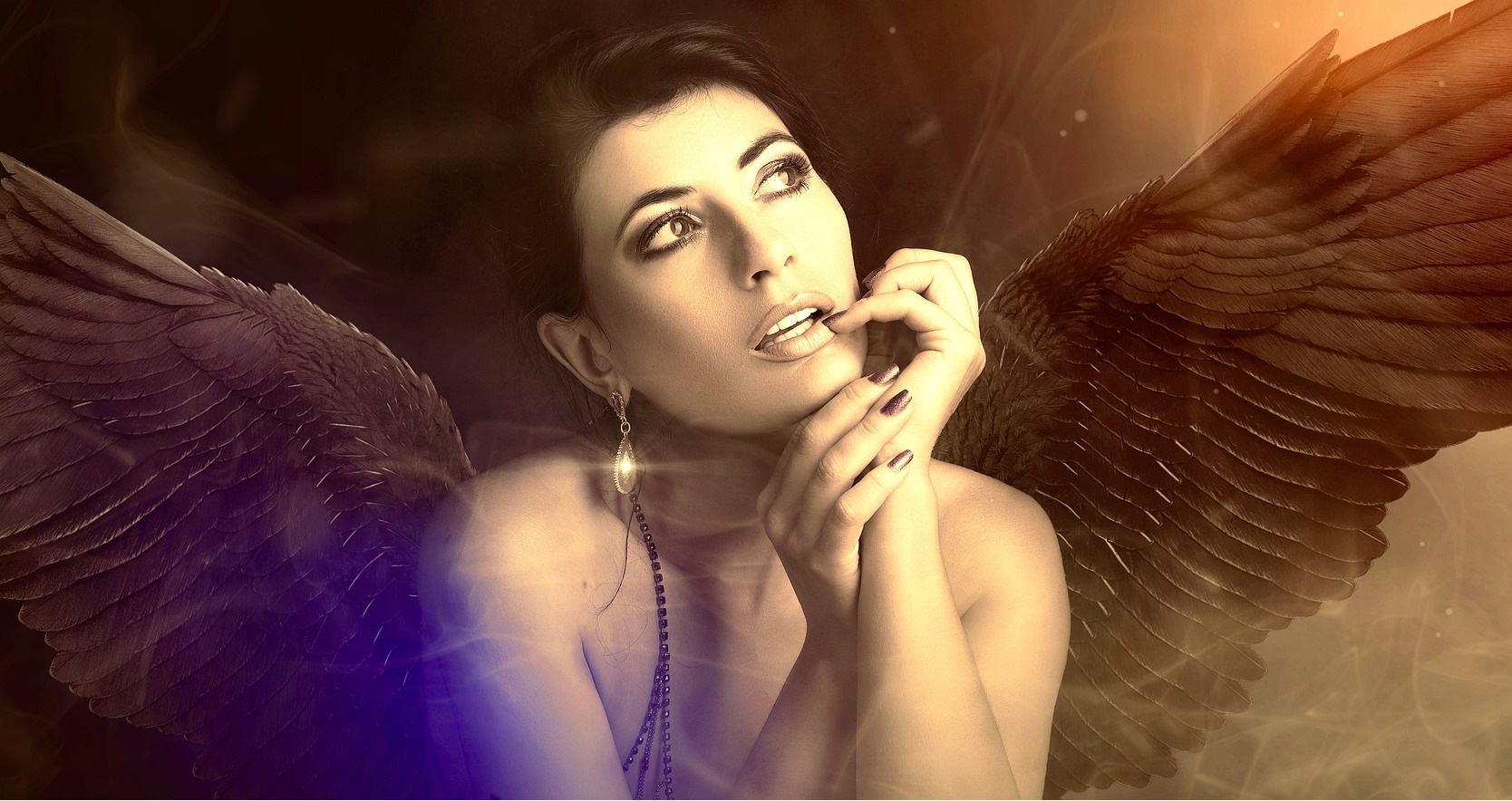 Sunaina Bhatia, a self-made woman who knew her weaknesses and know how to turn them into strengths, founder of “Ridhi Sidhi Jewels” a well-known name for handcrafted traditional jewelry and imitation jewelry.

People born with a silver spoon but she was born with an iron spoon as she believed. Born in an army family and brought up like a tomboy. In army families, kids are called “Army Brats”. Since childhood, she was very naughty. Her father taught her and her 5 years younger brother only one rule that “Never Come home beaten and crying” and “if I see you beaten and crying then I will give you double doze at home”. This was her first lesson in life. But she did not know life was planning many for her. Everything she deserved was there but nothing was easy to get.

Being an army brat, schools and friends kept changing. During her childhood, she mostly lived in each part of India except seven sisters in East India. Every time with a new transfer of her dad, she got happy to see new cities but became sad to leave her friends and school behind where she lived a part of her life.

When she was in 3rd Std her father posted at Barmer in Rajasthan and they shifted to Bhopal in separate accommodation in the civil area. From 3rd Std to 7th Std she was in Bhopal. When she was in 5th std her father got a transfer to Kupwara district in J&K. She used to go by cycle to school which was 5 km away from her place as her route was not enlisted on the school bus route. Like other kids, her childhood was not a normal one. Being an elder child she used to bring weekly groceries and other supplies on her bicycle every weekend. She used to get a gas cylinder to change by herself. She learned to change bulbs when she was in the 4th grade. All these hardships made her strong and prepared her for bigger ones.

They did not have a landline connection at their home. Her father and other relative used to call on neighbor’s landline. She was in 6th Std and one such evening while sitting on entrance stairs of the home was missing her dad badly. Suddenly their neighbor came and asked her to rush as her dad was on call. All of them rushed to pick the call. Her mother answered the call and her facial expressions were showing that there must be some mishappening. After placing down the call, her mother informed them that, “her father was hit by a militant on a mission and his hand is going to be amputated”.

The very next day they all rushed to Delhi Base Army hospital. As soon as she saw him, she started crying like a hell and told him angrily “Why you have to be phantom every time”. Her father was smiling to hide tears. Luckily there was a senior surgeon in the hospital for some inspection, he examined her father and said “there is no need to amputate” and operated him successfully by putting plates in the hand. With the grace of God, her dad recovered in 2-3 months and again posted at Kupwara in J&K.

After a few years in 1993-94, her father again got injured in a grenade blast at a mosque in J&K. Her father killed those militants who attacked a mosque which resulted in death threats to her father and kidnapping threats of her by militants. Even one of the militants reached her school in Bhopal to kidnap her but her alertness and her father’s instructions in advance helped her to keep her safe.

After that, they Transferred to Jamshedpur with father and then to Allahabad.

Surprises at every stage of life

She was good in academics but not great still she topped 12th std which was the first surprise given by her life to her. After schooling she was inclined towards the IT industry, there was a boom in the IT industry in the year 2000. She got admission in NIIT for software engineering along with that she enrolled in Allahabad University for Bachelor of Arts. In college, she won the title of “Miss Allahabad”. She enjoyed her college life to the fullest. Three years passed like a swift.

Again her father got a transfer and they moved to Rohtak. After graduation, she joined an export house as an intern for one year. This year was a life-changing year for her. She had many plans for her future and filled up forms for air hostess, Femina Miss India, Indian Army, Law, Mass communications. She wanted to try everything in her destiny but life had different plans for her. Suddenly one day she got a call from Allahabad University that she was nominated for “Chancellor’s Medal”.

“Nothing that happened to you is a SURPRISE of God. God will still get you to where you are supposed to be”

Again there was a twist in her life. In the year 2003, her parents met with an accident, after which her mom had to undergo hysterectomy and her father had multiple heart attacks. Both were on death bed. Their family doctor told her that her father was stressed for her and wanted her to get married before anything happened to him. Seeing his worries and health she decided to step down from her career and get married in the year 2004. Later on, she came to know that all her filled forms were never posted because her father did not want her to go out for a job and to live alone.

Her in-laws had no issue for jobs but their only condition was either to go for a teaching job or do her own business. After a few months of marriage, she got an opportunity to join as a branch manager at her husband’s friend’s dance institute. She did that job for around two years. But she always wanted to do her own business.

In the year 2005, she decided to do an exhibition for handcrafted jewelry on a trial basis for 3-4 days, during those 3-4 days, she got an exceptional response so she decided to enhance this exhibition to 10 days. After getting such a response in the exhibition she wanted to continue this but there was something else in her destiny. Meanwhile, her husband met with few people and get influenced by the real estate business. And she continued her job at a dance academy as a branch manager. In the year 2008, her husband needed her support in his business so to support him she joined his business and did her job with full dedication. After retirement from an army in the year 2008, her father also joined her husband’s real estate business.

Another Chapter of Life

Apparently, she was happy in her life with caring parents and a loving husband. But somewhere she was feeling incomplete inside and missing love of kids in her life. They were trying but not getting results. They did not leave any stone unturned for this happiness. But life had different plans for them. In the year 2009, they both decided to go by IVF treatment. Here also her first two sittings were not successful and in the third sitting, she got positive result in early 2010.

Her case was extremely complicated. She left work as soon as she got conceived and was on complete bed rest. In the 6th month of pregnancy, her condition was so critical and it became matter of life and death for her and kids. She got admitted into the hospital for 2 months. During her pregnancy, her mother-in-law diagnosed with cancer. Her husband was to look after both of them simultaneously. Finally, December 2010 was the time they were waiting for so long. God blessed them with twin baby girls.

“Motherhood: All love begins and ends there”

Years passed and she was enjoying her motherhood. She did not want to leave her daughters and go to work outside. Her only priority was the upbringing of her daughters. In June 2014 she lost her father and after 6 months in Nov 2014, her mother in law got expired. It was really a mental trauma for her.

After her father’s death, she decided to start her second inning by filling her father’s vacant place in her husband’s office. She tried but not manageable as there was no one to look after her girls and she did not want to leave them in daycare. After all, she got this happiness after years of struggle. She tried some jobs in schools but no success. Maybe she was not made for jobs.

The Year 2015 and 2016 were life learning lessons for her. In the year 2015, she became a victim of backbiting and ditching by some of her close friends which in turn spoiled her relationship with one of her best friends. This incident lost her faith in true friendship. After this incident, she cut her off from social life and just tried to keep her busy. This broke her from inside. She was very loyal in her relationships with friends but they betrayed her.

2016 was the year of financial breakdown for them. Being in real estate business, defaults of builders, and betrayal by some office staff and friends, resulting in a crisis for them. This resulted in shut down of all three offices of her husband in Faridabad and Gurgaon. To help her husband financially she decided to join some jobs but again there was no gain.

She always tried to start her second inning of career and thinking of what business or job she could do while taking care of her girls. The year 2017 was the year when she again started her inning. Her mother and husband became a motivational pillar for her to start her second inning. In the year 2017, she and her husband went on some business trip to Jaipur, where she met with some of the jewelry designers accidentally, who motivated her to again start her handcrafted jewelry business. She did not just want to become a seller of handcrafted jewelry but always tried to learn minutely its making also. She always tried to learn how workers used to make a masterpiece of jewelry. Although she was not a designer by profession her passion to learn made her so.

“This is not the end it’s only the beginning”

In the year 2017 itself, she started her second inning with jewelry business by the name of her daughters “Ridhi Sidhi Jewels” and within the span of 3 years, her brand becomes a well-known name in handcrafted jewelry.

Currently, she is a well- known name for handcrafted jewelry and also won awards for jewelry designing, best jewelry collection and participated as jewelry partners in many events.

She Believes her journey just started and there are miles to go. She is a born phoenix, who always ready to born from her ashes.

53 thoughts on “NOT EVERYONE BORN WITH SILVER SPOON”