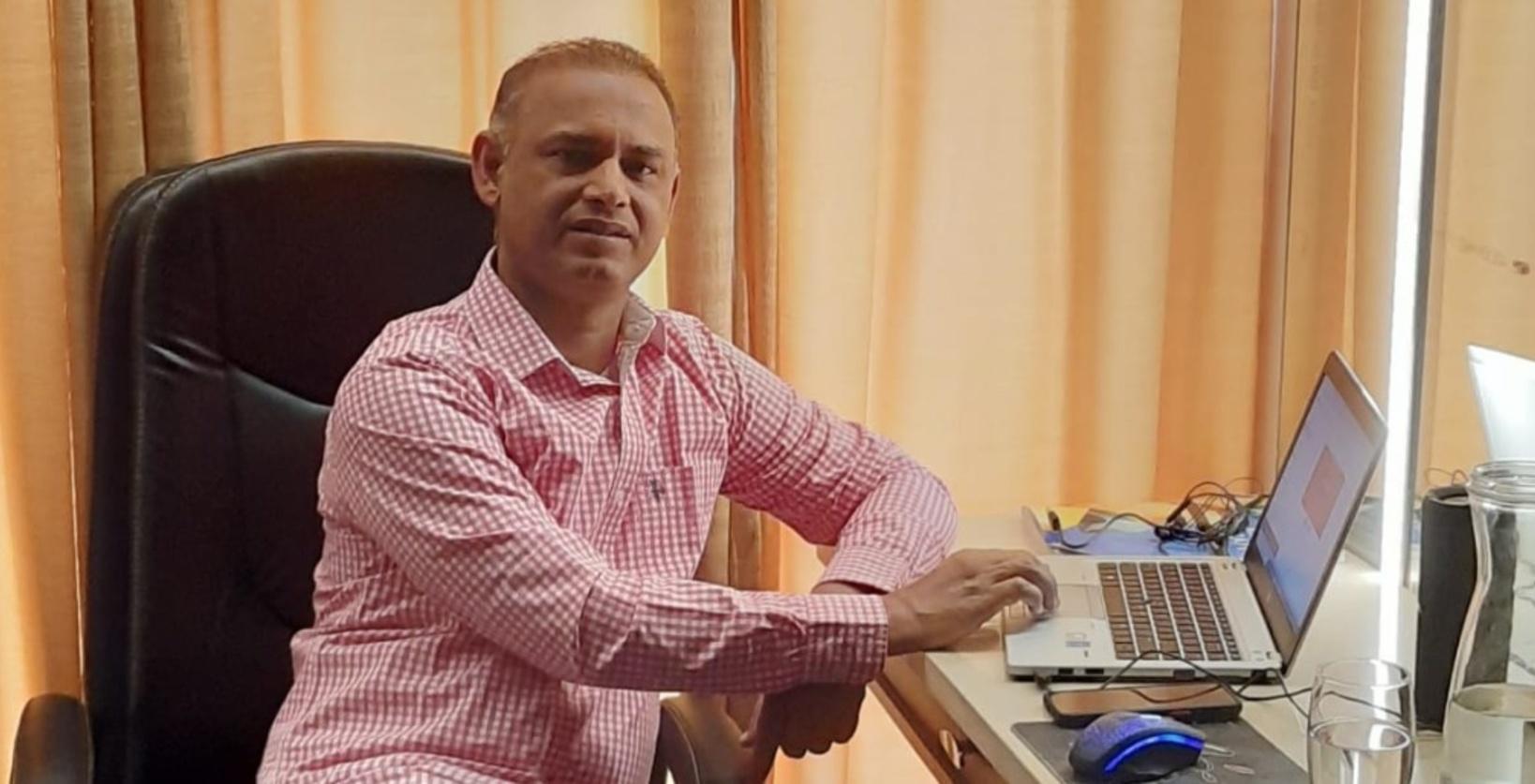 Sunil was born and brought up in a financial average family and second child of his parents among three. His journey started in the year 1990, at the tender age of 15-16 years when after clearing secondary school, his parents asked him to take care of his further education himself.

He was studying in government school and fees was very minimal so he started finding a job to arrange school fees and pocket money but got no results as he was very young and no one wanted to hire him and always guided him to concentrate on study rather than earning.

“Expect MORE from YOURSELF than from other“

But there is a saying “God help those who help themselves”. While he was searching for the job he came to know about the company who help students to distribute milk at nearby household before school hours and in return that company used to pay Rs. 200 P.M. He joined that job instantly.

Now his schedule was to distribute milk early in the morning then to attend school and after school he used to help his parents in household chores. In the evening he would love to spend time with friends. In the year 1992, he cleared his senior secondary examination and got admission in the college but he dropped college in 2nd year itself to fulfill responsibilities towards family and joined a job at a saree showroom at Rs. 1000 P.M. After sometime he left this job and joined a courier company as a courier boy. He continued this job for 2 years but got no promotion so he left this job also.

The boy who studied till the 12th wanted to do a nice job, but he did not know how to move forward, no one was there to guide him. He was very hardworking, did not consider any work to be small or big. whereever he found the road he turned his life towards it. He had only one goal in life “to become something”.

After some time in the year 1998, he got to know about new pizza brand “Dominos” launching in the Delhi. He applied for the post of pizza delivery boy and appointed. He was the least qualified among all the staff there. There was totally different atmosphere there which he never faced. Some employees were highly qualified that they used to interact in English with each other. At one instance one of the employees instructed him in English and he did not get it. Then in irritation that employee complaint to manager by saying “from where you recruit this carl who even do not understand”. This thing hurt him badly. But he was hardworking and didnot give importance to that type of people. He used to do shift of 12 to 14 hours. In the next 2 years he got promotion and become shift manager.

“Successful people are not gifted; they just work hard, then succeed on purpose“

In the year 2000 he got married and his hard work paid off and he again got promotion. But his fellow employees became jealous of his progress and started politics. A day in the year 2003, he had to urgently took his pregnant wife to the hospital. He handed over the shift to junior manager and left for the day. Next day when he joined back his DM informed him that he fired. This broke him from inside as he got this result of his loyalty.

In the same year he blessed with angel but society started blaming his daughter for all the mis-happening happened with him. He always thought how society can be so cruel with a little baby and started blaming for the cause.

When he left the job at “Dominos” he decided that now he would not do the job anywhere and will do his own business, even if it would be his “Tea Stall”. After some time he set up a small food stall on road facing a college. But MCD did not allow him to run that stall on road and again he became jobless. But he did not lose hope. After some time he came to know about a new mall opening in Noida. He took a small corner shop on rent with his savings and also borrowed some money from friends and set up his cake shop. Being a corner shop, sale was not much, and it was just that the expenses were being met.

There is saying “God help those who help themselves”. On a sunny day a lady came at his shop and ordered a cake for his son’s birthday. After some days that lady called him to her office and then he came to know that lady was a HR manager in a reputed IT company and she liked cake of his shop that much. She gave him contract to supply cake on each and every occasion in her company and he affirmed. And then he started getting orders from other companies also and his brand become reputed one in corporate.

“If you are going through difficult times, keep trusting God. He knows how to bless you in unexpected ways“

He continued to work with full dedication and started opening branches of his cake shop in different cities. He used to get good response, due to quality and dedication he used to put in his cakes, wherever he opened his branch.

Currently he has more than 15 branches in different cities and have turnover of more than Rs 8 crore.

He owes his success to his parents and believes if his parents did not let him to stand on his own after 10th then today he would not be here.

His success is also a slap in the face of those people who used to say that he lost his job due to his daughter. He believes that if the job had not been lost at that time, he would have been doing the job even today. Due to that incident, today he is giving livelihood to 100 employees of his company.

People made fun of his English but he responded with his hard work. He was fired but he did not loose hope. He always believe that “never give up in life and keep working hard will definitely get success”.

13 thoughts on “THE FRUIT OF YOUR OWN HARDWORK IS SWEETEST”