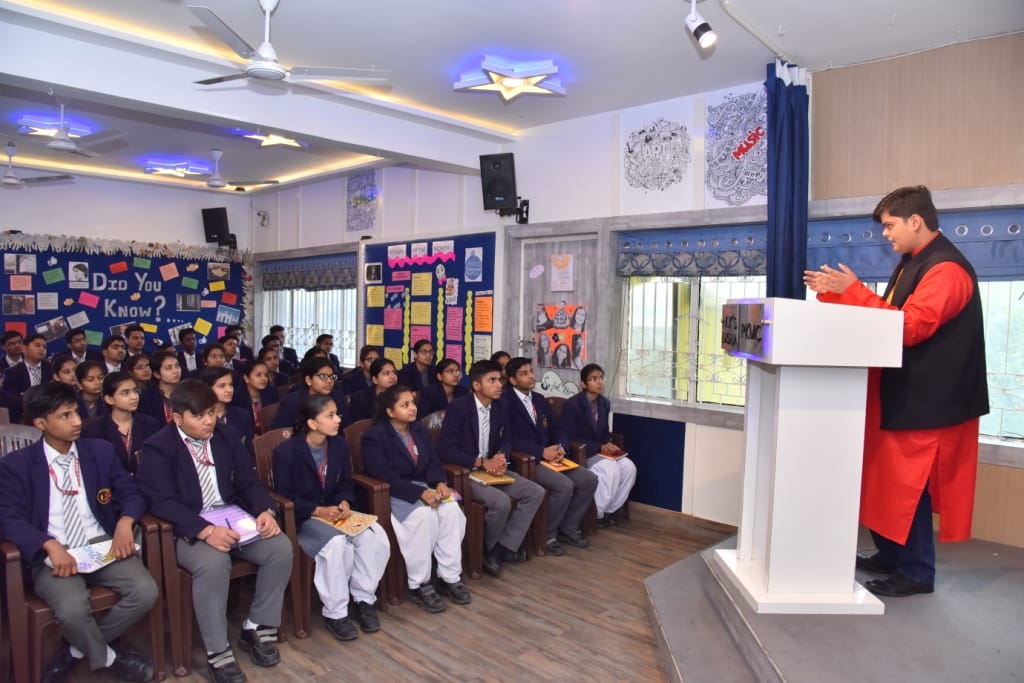 Eshan Sharma was born in Meerut, Uttar Pradesh on 20th June, 2000 and grew up in IIT Kanpur as his mother works as Research Scientist in IIT Kanpur and his father is businessman. He is currently pursuing his under graduation in History from Dyal Singh College, Delhi University and also the Founder of an independent student-led heritage exploration initiative, Karwaan: The Heritage Exploration Initiative and also serving as the President of History Society, Dyal Singh College.

He is recently listed in the Delhi University 21 Under 21 List of Young Achievers, published by India’s largest independent student newspaper DU Beat and he was featured by the Achievement Cell, Delhi University.

Ever since his childhood, he is an avid reader which motivated him to focus his expressions and pen it down. He believes his both “maternal and Paternal grandfather” inspired him for writing.Writing is not just his hobby, it’s his passion as well. He is a blogger and a poet who can write in both English and Hindi. He enjoys learning foreign languages as well as Indian regional language. He has also written many essays and articles for many competitions and enjoys participating in competitions regardless of winning.  School magazines gave him the platform for writing.

Having started writing from the age of 11, Eshan dedicated his first poem to his grandmother. He generally writes poems in Hindi as he thinks that one can express himself or herself only in one’s own language.

He already has titled more than 20 poems, essays, articles till now, in a span of five years. He is a jovial, carefree and fun loving person. His self-belief and selfless attitude are just a few good points about him. He firmly believes that if our country wants development we have to make certain changes in our education system, and youth personality development.

He is also known for writing a motivational book based on Dr.APJ Abdul Kalam’s life titled The Teacher I Never Met at the age of 16. He is also an active contributor on online platforms including Youth Ki Awaaz.

Eshan has spent last four years reading and writing articles on Indian youth. He has been a writer since the age of eleven. His recent works includes articles on online platforms and cover stories in International magazines on topics like Indian youth, Creative Leadership in students, Fake News and Student Politics. He is vocal on issues related to youth. Since the publication of his work, he is also a Keynote speaker and has given lectures in schools.

Eshan is also a good painter, and stood third in the Kanpur regional Postmaster General Stamp making competition. He has made winning a habit in the GK Quiz comptitions organized in IIT Kanpur and is one of the Top 50 artists in India in 2015 in the list released by Kendriya Vidyalaya Sangathan. He also got the Akhil Bharatiya Rashtrabhasha Vibhushan award for encouraging the expansion of Hindi language.

Eshan is an inspiration to millions of young people in India and across the globe. – Virendra K Sharma, Member of the House of Commons, British Parliament

Eshan’s very creditable endeavor should be a source of inspiration for all youth who aspire to achieve excellence in their future careers, in whatever arena of activity. – NN Vohra, Former Governor Jammu and Kashmir

“I congratulate Eshan on his achievements. I am happy that he started writing articles and books from a young age. I am very happy that young people of his age wish to concentrate on the use of language for conveying ideas and information.” – M.S. Swaminathan, Padma Vibhushan, Father of Green Revolution in India.

And it was our great pleasure to have conversation with one of the most promising novelists in the country. Here is the link of the conversation of founder of fundaasoflife with Eshan Sharma