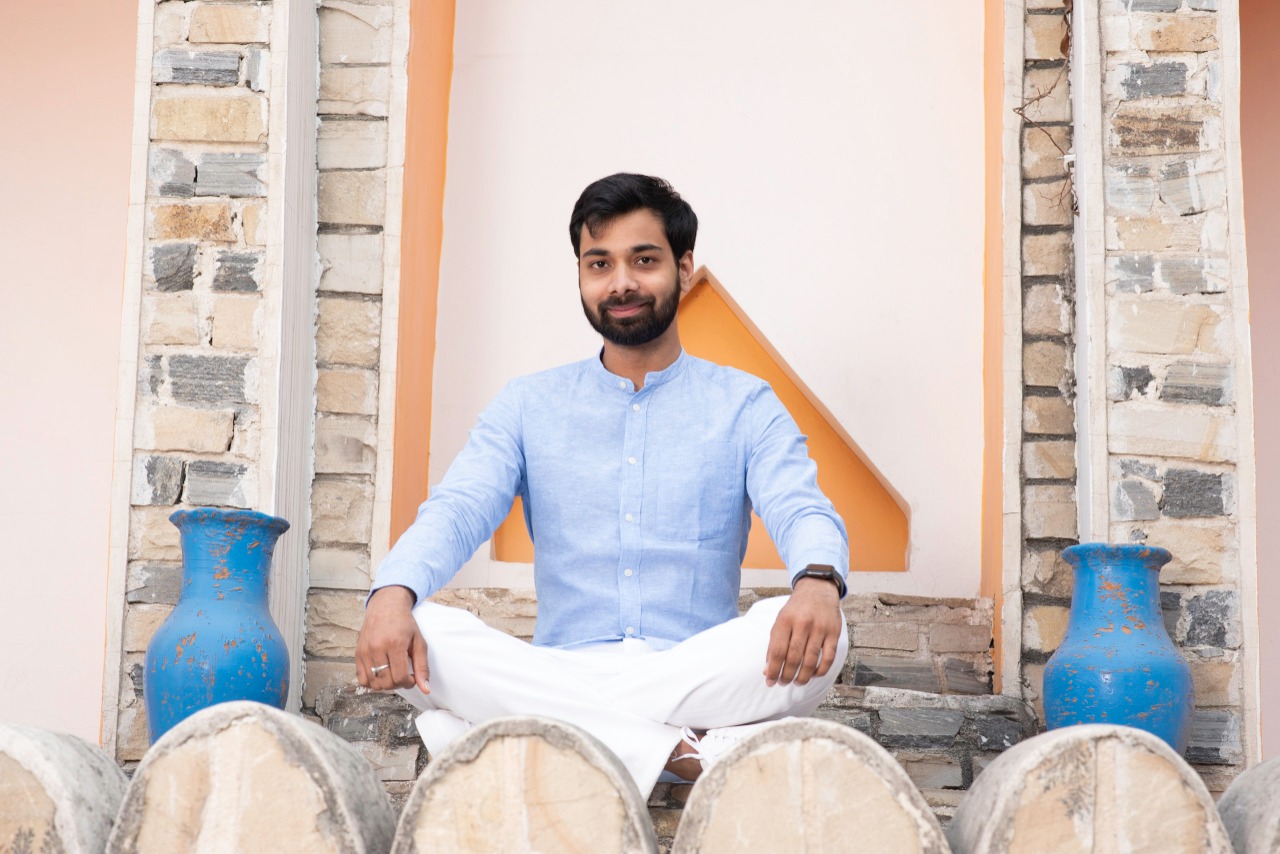 Piyush Kedia, founder & CEO of Blue Vector (www.bluevector.co), an award-winning creative agency. At such a young age, after facing failure from three start-ups still stand like a rock and fulfilling his dream to become a successful Entrepreneur.

Born and brought up in a middle-class business family of a small town of West Bengal. He got his education from one of the most reputed schools in the town. His childhood was amazing and full of adventures. He enjoyed studies and had a good time with his friends. His parents and his siblings always supported him in everything.

He belonged to a business family, and after watching his father build his business from scratch, he was also determined to become an entrepreneur from an early age.

To pursue his dream, in the year 2010 after passing the higher secondary examination, he moved to Delhi to get admission to Delhi University as he had heard that the curriculum allows one to explore one’s hobbies.

“All our dreams can come true if we dare to pursue them.”

He was also inspired by Rashmi Bansal, an Indian non-fiction writer. His dedication to becoming an entrepreneur-led him to pursue Economics from Delhi University.

His passion to become an entrepreneur inspired him to do something new every day. To satisfy this hunger, in 2011, when he was in his first year of graduation, he launched a startup called “Skribble”.

He took some money from his parents and started his first business. It was a stationery brand. Under this business, he planned to put advertisements on stationery items like back cover of notebooks and distribute them in the North campus. Initially, he sold 10,000 notebooks in the campus but had to shut it down because of high manufacturing costs and low margins.

But he was not one of those people who would sit quietly after the first defeat. He constantly kept thinking about new business ideas. He did not believe in the stereotypical old business methods or ideas and always wanted to do business in a new way, with new ideas.

In the year 2012, in the second year of college, he started a Social Venture. He founded a society called Connect & Change to work with the Connecting Dreams Foundation. Their concept was “One College One Village”. Under which each college was supposed to adopt one village and to bring changes to the village in that one year.

“There is nothing more beautiful than someone who goes out of their way to make life beautiful for others.”

Here too he did not get success and this venture also failed due to their inability to raise funds.

Taking the next step in this path, he started his third venture “Pulls Eye” in the third year of college. The idea was to put Advertisements on the backside of hand-pulled Rickshaws in the north campus and share the revenue with the Rickshaw puller.

So it was like a win-win for him and rickshaw pullers. The Rickshaw pullers could save their rent and he got his share. But he had to shut down that business also due to some trouble with municipality officials.

As the transit advertising law did not permit putting Ads on the backside of hand-pulled rickshaws.

In the year 2014, college came to an end but he had no business or job in hand and did not know what to do next.

He applied to EY and got the job but the passion for entrepreneurship remained and meanwhile, he also discovered that his passion lay in design and advertising and started picking up freelance design projects along with his job. In fact, he picked up his first project from EY itself. He completed his project and got a lot of praise from everyone. He got recognition in the organization. This boosted his morale.

Everyone values ​​good work and creativity. That’s what happened to him and he was approached by “Microsoft” to do an animated presentation for them.

He was also approached by one of the renowned publishers “Alchemy Publishers” to design their book covers.

“Be so good they can’t ignore you.”

In six months’ time, he was making more money from business than his job. In the year 2015, without thinking much he quit his job and started working fulltime on this design venture.

But God always has different plans for us. By the year 2016, Blue Vector changed four co-founders but he did not give up. He kept working and people joined.

As the work progressed, by the end of 2016 he decided to give it a legal form. In January 2017, he incorporated a Private Limited company by the name of “Blue Vector Consulting Private Limited” a high-performance creative agency providing services like branding, social media marketing, video production, etc.

They got a prominent personality from the start-up industry as their mentor and slowly started working with more number of start-ups and restaurants.

2017 was a year of happy struggles for him. In this year Blue vector cemented its place in the advertising world with clients like Audi Gurgaon, Porsche Gurgaon, and Trump Towers.

The six people team became a team of thirty by the end of 2017. In the year 2017, Blue Vector witnessed 5x growth along with newer but happy challenges of bigger working capital requirements, dealing with bigger clients leading to bigger responsibilities, and managing a decent size team.

In a very short span of time, they have been able to make a name for themselves in the industry and have worked with many luxury brands like Trump Towers, Hines, PVR, Volvo, Chivas to name a few.

Within a spread of three years, his company has managed to do a combined revenue of more than 100 Million. He sets new benchmarks every day and goes all out to achieve them.

“Never give up on a dream just because of the time it will take to accomplish it.”

8 thoughts on “Don’t worry about failure; you only have to be right once”